All Good Things Come to an End

What a week! That phrase is getting really redundant but it’s the truth. Last Tuesday we(our branch and this country) had a celebration for the 200th anniversary of the Revolution of 25 de Mayo. We had a lot of fun. There were almost 200 people at the branch activity. There was a lot of people playing soccer. In fact, we elders got to play a little. We ended up playing against all the old people who might I add are still pretty good. One of the old guys was decked out in his Boca uniform. Shirt, shorts, socks and court shoes. I wish I had taken a picture of it. It was hilarious. We ate a dish that is called Locro. It wasn’t too bad, but let me tell you what is in it. There is pig skin, cow stomach, tail and I am not sure but I think I saw an eyeball. HAHA. Just kidding but it is an interesting dish. I ate it and I didn’t die so I think it is pretty good. 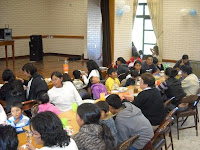 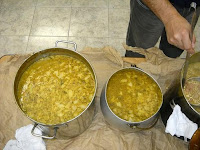 There was a program with songs and dancing. Our branch president sang La Luna de Tucuman song. I don’t know if that is the title but I recorded it on my camera so don’t worry. He did a couple songs. We all sang the national anthem of course. I only knew the Libertad, Libertad, Libertad! part so it was kind of funny. The bolivians did a dance from bolivia that was pretty cool. We were there from 9 in the morning until 7 at night. So much fun. Why can’t parties be like that in the US? But I definitely have some nice memories of this Holiday. Who knows, maybe I’ll celebrate 201 next year just the same. 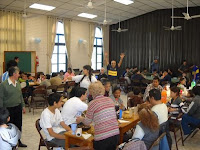 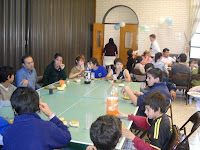 So then Thursday came and we had Zone Conference. Zone Conference is just a full day of just listening to our leaders speak to us. It is really long but I guess it’s OK. But the best thing is that I got the package! Thank you so much. I have been drinking hot chocolate everyday. After drinking malta for a long time, you kinda get sick of it so hot chocolate was really good. But I have one thing relating to the package, you forgot to put my soccer pictures in there like I wanted. But it’s OK. It’s like it was a life or death situation. But the fact that there is a cake mix in there and putter butter like stuff makes up for all of it. Thank you Mom. I love you. 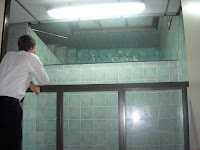 Saturday rained like no ones business. BUT, we still had our 4 baptisms. I sent a picture of them. It was great. I got to baptize the kids. They also got confirmed on Sunday so the church now has four new members in General Rodriguez, Argentina. Changing topics, I am starting to learn another language. Since we have a lot of Bolivians, they know Imará (Aymara). It is one of the many languages they speak in Bolivia. I have learned how to say how are you, I am good, Brother, Sister, Goodbye, and I can count 1-10. This is one of the hardest languages I have ever tried to learn (seeing as I have tried to learn so many). They laugh at me when I say something wrong because to be honest, it sounds hilarious. I laugh when I try to speak. 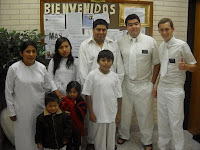 Anyway, this coming week, Elder Aidukaitis of the Area Presidency is going to be speaking to the mission Tuesday, Wednesday, and Thursday. I am really excited to listen to him. Hopefully I can take something out of it to apply to me. We got number one in the zone this past week and hopefully we can keep working diligently. My comp and I get along just fine. We work well together.

Thank you Abuelita y Grandpa, Cui, Sophia, Mom and Dad for your emails this week. I really appreciate how you guys take time out of your day to write me. I think I get as excited about Mondays as you guys do. Sara, congrats on graduating from Seminary. I am really proud of you. Marcos, Sophie, and Andi, Be good and listen to Mom and Dad. Well, Hope you enjoy your week. I love you.