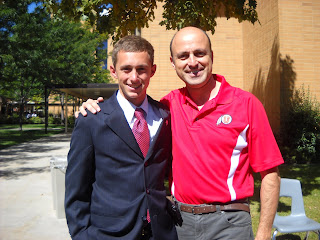 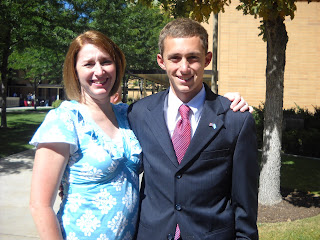 On September 23, 2009 we dropped Allen off at the Missionary Training Center in Provo, Utah. The whole affair took a little over four minutes. We pulled into the parking lot and were directed to parking spot #19 along the south fire lane. When we parked there was a missionary there waiting to help us. He helped Allen unload the luggage from the van and then told us to take pictures if we wanted them. We took a handful of pictures and then, just like that, Allen walked away with his host.