What a week we had. It was a really hard week to work because we have been traveling so much. There were a couple of miracles that happened this past week. I will eventually talk about my new comp but first the miracles. So we weren’t able to work in our area for 4 out of the 7 days of the week. We have been in Ramos Mejìa and doing divisions and not getting a lot of things done.

On Friday we had an activity planned to teach the members how to make brownies. Well, no one showed up but while we were waiting my companion and I were watching one of the Preach my Gospel video when my comp told me something. He told me that President Benton called the zone leaders and told them that they wanted us to baptize this past weekend. Well, we had already waited for half hour and no one showed up and so I jumped up and said LET’S GO!! Well, we left and started basically running to go to two houses where we could get a baptism. We went to the first house of an eleven year old kid that has said that he wants to get baptized but when we prepare a day he gets scared and doesn’t want to. Well, he accepted for this past Sunday(yesterday). And yes, he got baptized yesterday and I got to baptize him. Then after we went to his house Friday, we went to the house of the lady that disappeared on us the day of her baptism like 4 weeks ago. We found her in her house and she still really wanted to get baptized so we set it up for Sunday also. So yesterday, Sunday, we had two baptisms and they were pure miracles. We did not have any other baptismal dates or anyone who could get baptized. And because they got baptized, we broke the mission record again for baptisms for the third transfer in a row. It’s been pretty amazing this past little bit. 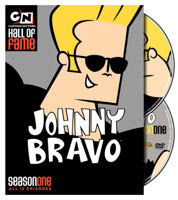 Saturday while doing divisions for baptism interviews, we got locked out of the pench because the lock got stuck and the key didn’t work. So we went walking around all day and not a single locks smith could help us so we were up a creek without a paddle. We walked around all day and we went to the church in the morning to get things ready for the baptism. While we were there, we called our ward mission leader who knows who to fix everything and he said he would help us. Well, we went and he tried to open the door and everything and nothing worked. And so he said to us that he had to break the windows on the door to get in. So he did. He broke one window and now we are windowless . Ok, it’s not as bad as I make it sound. The window is maybe 10 inches by 6 inches. Small small. But never the less, it was an event that happened this week.

This past week I have been impressed on the history of the church. It is a miracle on how it started. I have been reading in the book called Our Heritage. It is a great little book that takes you through the basic history of the church that we should all know. So that means I have been reading in the D&C. And I read in D&C 14:7 that tells us the greatest gift out Father in Heaven could give us was eternal life. Sometimes we forget how big that gift is. We sometimes look with our mortal eyes and not spiritual eyes. We have to think eternally and not in the now. Physical treasures we cannot take but the knowledge we gather here will serve us on the other side.

Thanks to all the wrote. Abuelita y Grandpa and Alyssa for your letters. The computers here are still funky so I’ll keep trying to send something of photos. I love you all and I will talk to you next week with week 1 with Elder Johnny Bravo… jaja