Oh give me a home, where the vacas all roam... 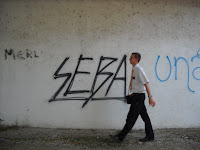 What a week!! Well, I guess I will start off as normal talking about what happened. So Tuesday night I received a call from the offices and they said I needed to show up at Ramos Mejia at 7:30 the next morning so I can do my DNI stuff. So I was like, DANG! So we got to Ramos at 7:30 and I left with Hermana Lopez and Elder Millard to go do our DNI in Capital Federal. We got to the Immigrations offices and there were a TON of people of every different nationality. Well, now this is going to be a long story so bear with me. It has an end, I promise. 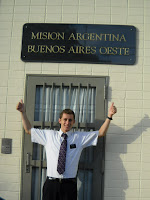 So we got in and waited in a line for half an hour until finally we were next. We get up to the window and the man was like, do you have a picture to go with your documents? And we gave him our passports and he was like, NO! A picture from Kodak. A separate picture. So we left and went to the nearest Kodak and took some pictures of our pretty faces. After that we went back and the guy accepted us and we went on to the next section. So we got to the next section and we went to separate people to do individual stuff. I gave the lady all the papers I had. She look at them and then she asked me in an irritated tone, where are the photo copies? I was like, I don’t have any.. and she says, VAYASE, a hacer copias! So, all of us went to make photo copies of all the documents that we had and we came back. When I got back to the lady, she looked at the copies that I made and she said, these are the wrong ones, VAYASE! A hacer copias de eso, eso, eso, y eso. Ok... I had no idea what pages she wanted so we foto copied everything. I get back again and she looks over all the documents and I forgot one page. ONE PAGE! But this time she didn’t tell me to go back, no, she told me that I was worthless and couldn’t do anything by myself. And I just looked at her and gave her the death stare because I remembered that I was a missionary of the church and bad words shouldn’t leave my mouth and so I gave her the death stare. Haha. So that day ended really late, like around 4 or 5 is when we got home.

Saturday was crazy. Period. We started off the day helping Elder Decker make banana bread and brownies for families in his area because he was leaving too, so my comp and I helped him and his comp with that. Then the zone leaders called and said HEY! We need three more baptisms to reach our zone goal. Do you have anyone that can be baptized this weekend??!! And Elder Decker was like, yes.. but we’ll see what happens. To make a long story short, they got one person to commit to being baptized but they didn’t have any baptism clothes! So that meant that the comp of Elder Decker and I had to go to another area and get some clothes for the baptism that would happen on Sunday. So that took awhile. We left at 1030 in the morning to get the clothes and we got back at 130. Once we got back, we immediately left to start dropping off the food that Elder Decker made. We made all the food runs and we all met up at a member’s house in their area and we stayed there and watch the new Joseph Smith movie in Spanish. That took awhile. Then we walked back to our area to go clean our pench because president was going to be there that night. So we cleaned like we never cleaned before. 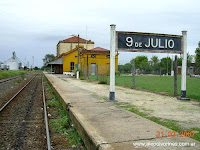 And so after the president came and visited, we chilled because it was already 930 at night. Then “THE CALL” came. The zone leaders told Elder Decker that he needed to pack his bags and take them to Ramos and be there at 8:30 in the morning. That means that you are going away from the city. He eventually ended up going to Lujan. Well, I got the same directions. I was heading to campo also. So Sunday came around and I did the goodbye rounds. The last goodbyes were saved for the family Del Castillo. We got to their house at like 6:30 and that is when it went all down hill from there. Someone threw water on someone, meaning that I threw water at someone, and then it went on from there. Next thing you know, I have eggs and flour on my head and they are dumping buckets of water on my head and everywhere and I am soaked. Yeah, that was horrible but so much fun. I will never forget them. I am going to go to their house after the mission, ok mom and dad? It was great to get to meet them and make them my friends. The friends I have made on the mission have meant more to me that anything else. I would do anything for these people in a drop of a hat.

(Elder Sabey)
I love the people here in Argentina. And now I get to serve in Nueve de Julio!! CAMPO!!! Puro campo. I am excited to work with my new companion, Elder Sabey. He is from Littleton, Colorado. He has 20 months on the mission so yes, he is old. But that is all that happened this week in my mission. A lot of change and new experiences. Oh I forgot to add that my companion Elder Sabey is the branch president and so that means I am his counselor. Yay. What fun! Lol I get to learn something new now. Well I will wrap this up and just say, I will only get mail now once a month. So sorry if you don’t hear from me for awhile. Email is every week but snail mail will be slower than a snail. So I apologize right now. Well I am going to go now but thank you to all that wrote me. Meaning, My parents and Both sets of Grandparents lol. Thank you for your prayers and keep praying for the missionaries. I love you all.